We turn dreams of YARNS

into reality of GARMENTS

With a completely revamped Integrated and Inspired Outlook to the Industry we aim to evolve into a Vertically Integrated Fabric and Garment Company with a Global footprint across multiple Fashion Brands encompassing Sustainability, Organic growth and CSR.

Constant monitoring and touch with ground realities are the cornerstones of our sourcing process. Mandhana has dedicated sourcing teams that buy cotton on spot basis. Our team surveys cotton fields to estimate the overall supply.

We follow stringent norms and conditions for selecting raw material. We do 100% cotton testing and 5-10% bale testing. Our long-term strong relationships with suppliers are based on a perfect quality guarantee right up to the last bale.

We are one of the foremost names in the fabric and garment manufacturing sectors in India. We are strategically located in Mumbai near crucial Sea and Air ports with 2 offices, bringing the transport time down to just a few hours.

Our 3 manufacturing units offer varied woven fabric ranges cover yarn-dyeds, prints and piece-dyed together with a variety of mechanical and chemical finishes.

Focus on Value-added Products through

that results in quicker turnaround time for fast track orders for international clients.

Diversified Domestic and International Customer base having

to leading fashion houses across the globe. 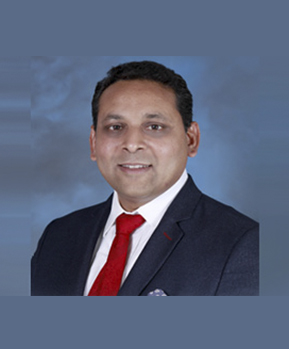 Piyush is the Founder and Chairman of Mandhana Industries. He is the visionary behind the resurrection of the group. He specializes in turning around distressed businesses and has multiple successful ventures in Coal & Energy, Pharmaceuticals, Real Estate, Automobile, Textile and Hospitality industries. He brings with him extensive expertise having worked for Global Conglomerates.

The New York Times has featured him as a Business Commentator. He contributes his success to hard work, a conservative approach and focused delivery of objectives. His long-standing passion for Philanthropy is emphasized in his support to multiple non-profit/charity organizations. 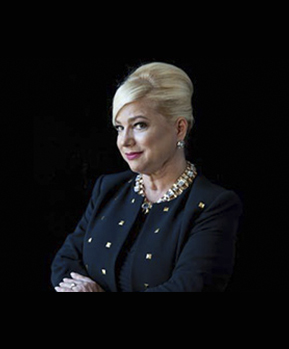 Cynthia is the Founder and CEO of Tigress Financial Partners. Cynthia is backed with 30 years of valuable experience with Fortune 500 companies thus playing a major role in revenue growth, brand expansion and new offerings. Her ability to set the overall vision and strategy for a company propelled her career at Merrill Lynch, Smith Barney-Morgan Stanley, Citigroup and Bear Stearns.

She is a crucial decision maker in the financial matters of the Company and she owes her expertise to her own willpower and fortitude. She directly handles the planning, arrangement, and financing of funds. Further, the day to day decisions relating to disbursement and sanctioning of loans also pass under her hand. She is an integral part in the policy making and other decision of the management which relate to the financials of the Company. 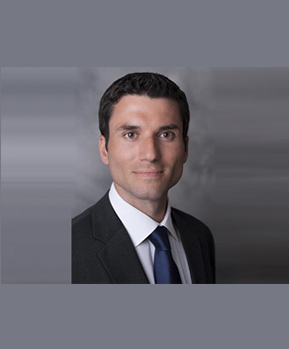 Todd is recognized for his fervent advocacy both at the closing table and in the courtroom. The company draws great benefits from his expertise as a sharp attorney and his skills in the legal aspects have won him clients from across the United States in the financial services, investment, commercial real estate, and tech industries. He showcases immense resilience in handling transactions ranging from commercial loan closings, real estate private equity capital raises, joint venture agreements, commercial leasing, business acquisitions, and general commercial real estate services for investors and developers.

He is known to have handled complex litigation matters and has represented clients both in federal and state court in matters relating to investment disputes, landlord tenant, breaches of fiduciary duties, and allegations of fraud and lender liability.

He has completed his education from the University of Georgia and Emory University School of Law. From innovative steps to bring Mandhana at par with other world class companies, his qualities as a dynamic leader to a quick decision maker make him stand apart from the rest. 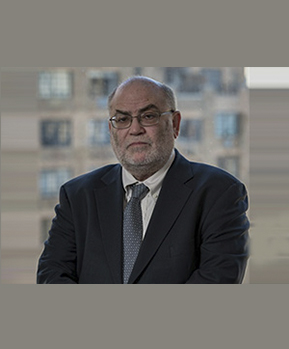 Lawrence having attained a high degree of peer recognition and professional achievement, carries with him 30 years experience and is known as one of the finest lawyers one can hope for to make any organization sound and secure. 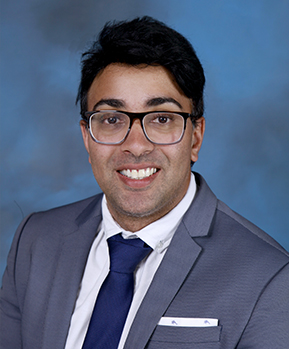 Nimesh serves as Chief Investment Officer at Formation Capital. His work relates to all investment opportunities and is involved in key decisions in the day to day operations due to his prompt and precise decision making skills.

Formerly he was at DA Commercial Finance, a private equity firm, led in origination, underwriting and execution of debt and equity transaction. In 2014, he joined GrowthCap as a Senior Vice President of Business Development focusing on Software companies requiring growth capital.

He has also served as Director of Investment banking and head of business development at Tigress Financial Partners, a boutique investment bank in NYC. In the span of 3 years he has been instrumental in raising $500 million in private capital and investing in Technology, Real Estate, Energy and distressed companies. He has played lead roles in deal origination, execution and managed key relationships with investors across the globe. 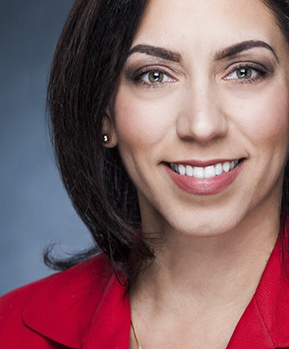 Mari started off as a Marketing and Media professional at Ogilvy & Mather and J.Walter Thompson in Puerto Rico developing brands like HILTON, Jaguar, Budweiser, Ford and Nestle. She grew to become an entrepreneur in the business. Further, she propelled in her field in Los Angeles, California working at leading Broadcast networks such as ABC and Univision, closing multimillion-dollar sales partnerships with clients such as KHOLS and Macy’s.

Her extensive and integrated selling skills in General and Multicultural markets took her to New York in 2012 where she worked at The Walt Disney Company and other leading companies. She is an enthusiastic brand developer and a strategic thinker, an effective communicator, developer of new business, focused on identifying needs and increasing share, budget management and obsessed with finding solutions. She is now contributing her skills to the Fashion Business and creating a fertile texture for growth and productivity. 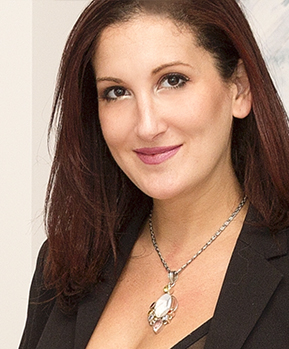 Laura started her career as an art person at the age of 13. Her highly focused attitude and passion to excel set her on her first business trip, accompanied by her mother for legal reasons, at 14 after winning an international design contest by The Sak Company to have her designs mass produced overseas.

While studying design at The Fashion Institute of Technology, she designed for multiple fashion companies where her work ended up on the racks of several major retailers but was still seeking a larger role in the fashion world.

After completing her degree, Laura’s career graph was upwardly mobile as she worked for a wholesale fashion house Fernando Sanchez followed by being the head of the design department at 23 serving clients like Saks 5th Avenue, Neiman Marcus, Home Shopping Network, Bloomingdale’s, and Macy’s, as well as hundreds of nation-wide boutiques, where the customers and their stories were a constant inspiration.

When recession hit the luxury market in 2008 Laura sought to help retail clients maximize profit instead in the mass market where she saw extensive opportunity emerging in direct sourcing.

While utilizing banks, mills, and factories as partners, her consulting has contributed to companies adopting new methodology behind putting together saleable collections at a reasonable cost. Her port folio boasts names like House of Dereon, Britney Spears, V1969 Versace, Eileen Fisher, Ralph Lauren, and Samsung Textiles.

At Mandhana, Laura has joined the team to develop and sell their collections for the North American market. 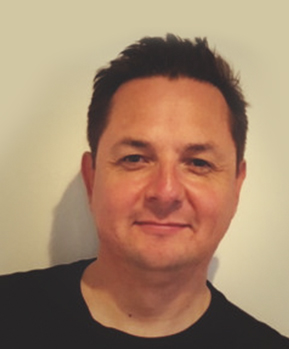 Raul, A graduate from the California University of Northridge in Los Angeles Raul emerged as an enterprising business development person. With a double major in Political Science and Business Administration he scaled the career ladder and established himself as a respected Director of Sales for several organizations and achieved many President Awards.

As the President of Sales at Mandhana Textiles Ltd in New York, Raul is empowering the team towards a progressive focus. His untiring dedication to work has won him the admiration of his teams.

Before founding Robinson Law, he practiced commercial real estate and commercial litigation at some of Atlanta’s largest and most prestigious law firms.

Alka is an Administrative Manager at Aver Software Technology Ltd. since 1993. The company is owned by her family. She works to successfully resolve administrative operation of the company that includes managing day-to-day tasks, supporting and supervising the staff, planning and implementing administrative systems. She also lends her expertise to managers of different departments within the company. She has invaluable operations skills in a fast-changing sector.

She handles similar responsibilities of other entities as mentioned in her portfolio.

Chiryau holds an MBA in Marketing with 10 years of experience in diverse Management functions. He concentrates his practice in selling products/services by devising a suitable marketing strategy and deploying efficient sales force. He routinely advices Real Estate and Finance sectors as a Marketing Consultant to B2C Companies and he has skill sets and experience which are fundamental to understanding of public relations and sales. 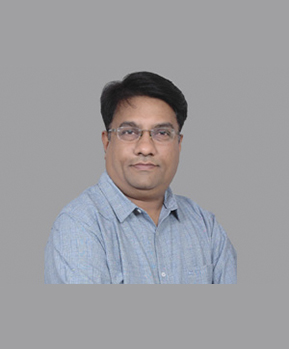 Piyush is a serial entrepreneur and consultant for past 25 years. He focuses on multiple sectors of industry that include FMCG, Electronics, Industrial machinery and Textile and has worked as a business development consultant and contributed emphatically to business growth to achieve set targets. He sports a Bachelor’s Degree in Commerce and is always updated through reading, attending seminars, workshops and short term management development courses. He believes that innovation and research & development are crucial to the progress of any organisation.

He enjoys philanthropic work and devotes his time in charity and providing education to less privileged children.